Greek Mythology. It’s something I have an interest in but honestly don’t know a lot about. This polish was named after Ouranos who was the primal god of the Heavens. Carly’s is his Roman equivalent. He is the ancestor of almost all of the gods. The planet Uranus is named after him.

This polish took two coats to be opaque and needed a thick glossy top coat to avoid the texture of the glitter in the polish.

🐒 Stick It Base Coat 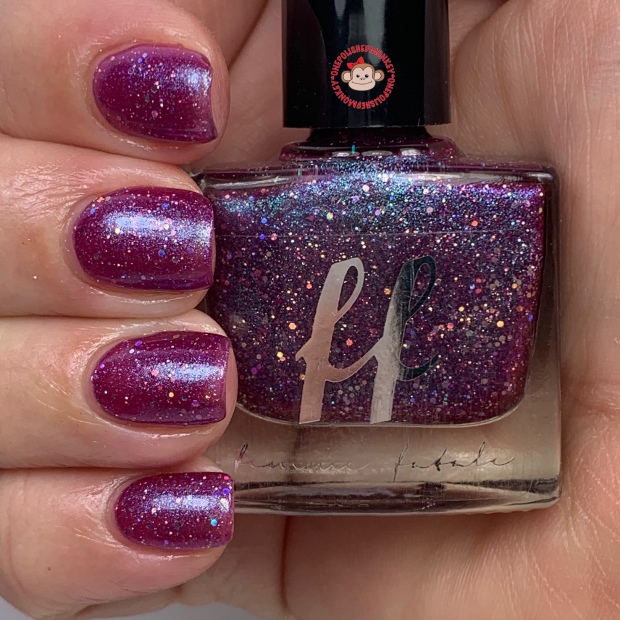 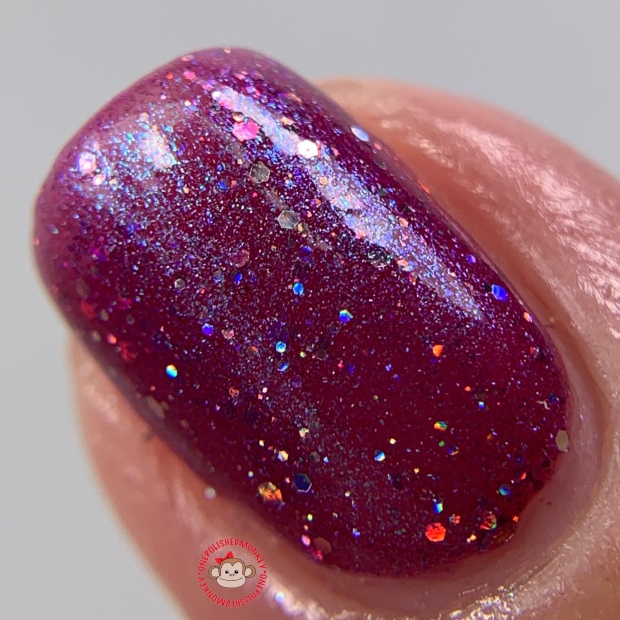